Capelin – the fish stock and its utilization

Capelin (Mallotus villosus) is a small fish, generally less than 20 cm. long but can reach 25 cm., with the males being longer than the females. It is a pelagic, shoaling fish and is widespread in the oceans of the northern hemisphere. They shoal close to the surface at depths down to 50 metres and are therefore usually fished by purse seiners.

Most capelin do not spawn until their third or even fourth year. Fat percentage and roe content are closely connected to the capelin’s lifecycle. The fat content starts to increase during the spring and continues during the summer, reaching a maximum of about 17% in September / October. During December / January, the fat content decreases until the lowest levels of around 2- 3% are reached in April. Roe content in the females demonstrates a reverse trend – lowest in the summer and autumn but starts to increase in December and reaches a maximum of about 23% in March.

In the autumn, the shoals swim south from their feeding grounds and collect off the north of Iceland. They then migrate towards the south and south west coast to ocean temperatures between 4°and 7°C and generally spawns there in March and April. The males and most of the females die after spawning.

Capelin is caught by purse seine and is presently the largest fish stock in Icelandic waters. There are two main fishing seasons:

During recent years there has been a fishing ban imposed from 15. August to 15. September. During this period the immature fish ( 1+ age group) are mixed with the 2+ age group which are approaching sexual maturity. By imposing the ban at this time, fishing of the immature fish is mostly avoided.

Fishing is shared between Iceland, Norway, Faroe Islands and Greenland by special agreement, but by far the largest quantity is fished by Iceland. 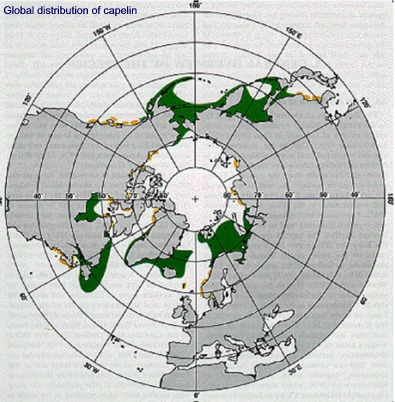 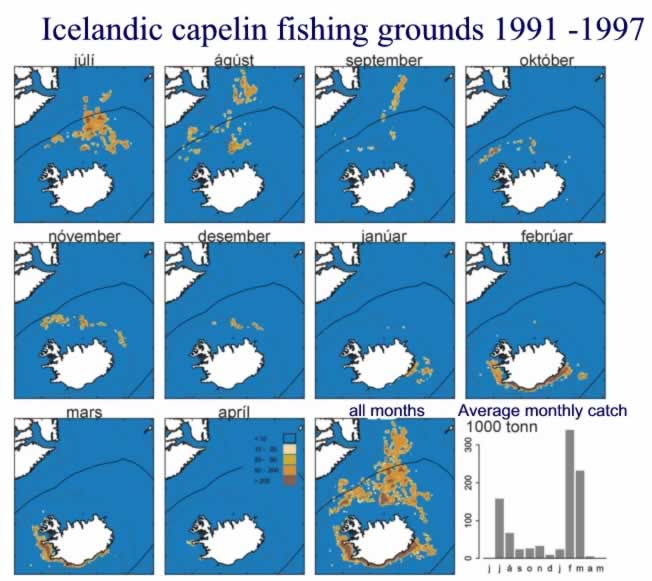 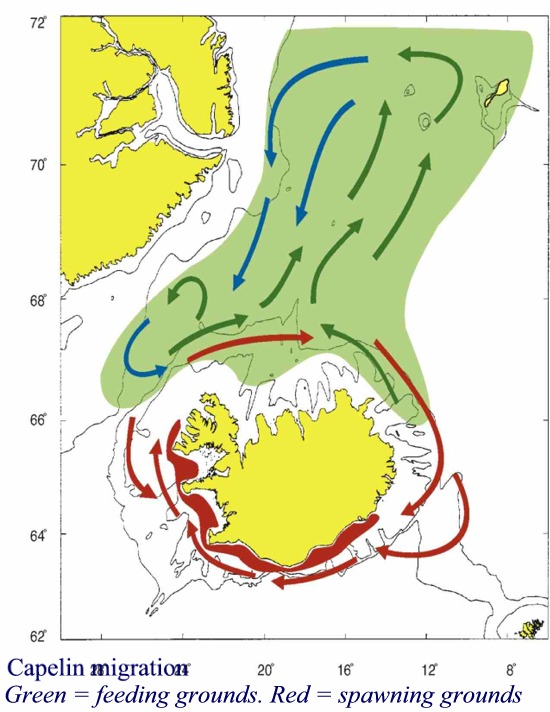