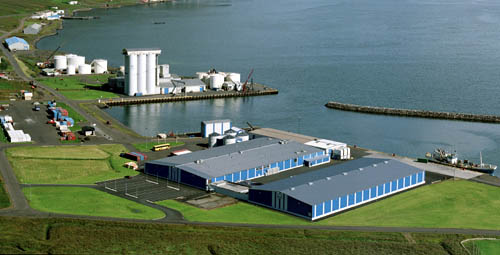 With over four decades’ experience in fisheries and fish processing, Sildarvinnslan hf. is one of Iceland’s largest fisheries operators, as well as the country’s largest catcher and processor of pelagic species and largest producer of fish meal and oil.

Sildarvinnslan operates an ultra-modern production plant for processing whitefish, pelagic species and salted herring. At the same time, the company operates three well-equipped fishmeal and oil factories, and a fleet consisting of a freezing trawler, ice trawler and two pelagic vessels, in addition to which its partners operate one pelagic vessel.

Sildarvinnslan offers a full range of specialised port facilities from its headquarters in Neskaupstadur, including catch landing services, a spacious freezing and chilling store, and a high-production ice factory.